TrekCore is reporting that a Borg Cube Advent Calendar will be coming later this year from Eaglemoss. Eaglemoss‘ Ben Robinson provided details…

The family of Leonard Nimoy, and L.A. Care Health Plan have announced a billboard and social media campaign to encourage people to…

On July 20, Star Trek: Discovery Season 3 will be arriving and fans can now see what the packaging will look like…

Exo-6 has revealed the second in their line of one-sixth scale Star Trek figures, Captain Jean-Luc Picard. This follows the Data figure…

Over the weekend, the 2021 Canadian Alliance of Film and Television Costume Arts and Design (CAFTCAD) award ceremony was streamed online, and…

Coming from the Star Trek Official Starships Collection on June 30 is the gold-plated USS Enterprise NCC-1701 Model Starship. The model is…

John de Lancie has done more of his Cameo videos, and has provided bits of information about his appearance on Season Two…

In a Pod Directive podcast as reported by TrekMovie, Michelle Yeoh spoke about Georgiou’s exit from Discovery via the Guardian of Forever,…

One fan writes about this history of diversity in #StarTrek and why representation matters to fans of the show… #StarTrekDiscovery @infoworldhub https://t.co/5gKcEUVK2Y 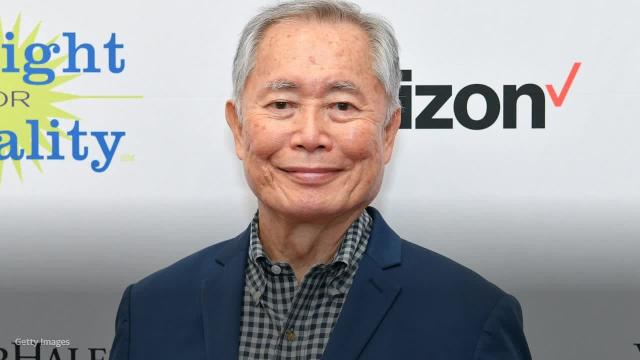 Scroll back up to restore default view.

As Lieutenant Sulu, George Takei may not have been the ranking science officer aboard the U.S.S. Enterprise — that job fell to Leonard Nimoy’s Spock — but the Star Trek helmsman is still a firm believer in medical science.

The outspoken actor and activist recently confirmed his strong support for vaccinations as the first COVID-19 vaccines make their way to the public, encountering resistance from anti-vaccination groups along the way.

But Takei, for one, believes that their resistance is futile.

“If you are a Star Trek fan, but you refuse to get vaccinated, then you are not living up to the ideals of ‘Star Trek,’” he wrote on Twitter. “Science, logic, and compassion require us all to do our part.”

Throughout the coronavirus pandemic, Takei has vocally supported the efforts and advice of America’s top medical experts, including National Institute of Allergy and Infectious Diseases Director Dr. Anthony Fauci.

Earlier this week, he celebrated the news that President-elect Joe Biden asked Fauci to remain on as chief medical advisor when he enters the Oval Office on Jan. 20.

He’s also been merciless in his critiques of President Trump’s response to the coronavirus. “This pandemic. [it’s been] a six-, seven-month period, 200,000 people have died and it’s because of our so-called ‘mad leader’ and our Republican senators turning into zombies,” Takei told Yahoo Entertainment in October.

“They have no mind of their own. When we had the impeachment, [it was] as if they had taken their minds out, and given it over to the mad dictator. That’s the climate we’re living in now. It’s a test of us.”

Star Trek: Discovery landed on Netflix on Friday, and fans are already saying the same thing. Not only are they loving the new storyline – that Michael Burnham and crew of the USS Discovery are now in the far-flung future, but a new cast member, Grudge the cat, has become an instant hit.

One person wrote: “That Hope Is You, Part 1 – I absolutely loved the S3 premiere ep! I loved the world they’re building, the performances, the look, the tech, and most of all the inspiration and excitement that I feel from what they’re doing here

“So excited for this season!” Another added: “Can we talk about the breakout star of Season 3 of #StarTrekDiscovery? It’s obviously Grudge the cat.”

A third person tweeted: “There is a cat in the new #StarTrekDiscovery. The cat is my new favorite character.” The fluffy feline even has his own Twitter account, and wrote: “Wow, am I a great actress or what?” Cute!

The season three synopsis for the popular sci-fi show reads: “After following Commander Burnham into the wormhole in the second season finale, season three of Star Trek: Discovery finds the crew of the U.S.S. Discovery landing in an unknown future far from the home they once knew. Now living in a time filled with uncertainty, the U.S.S. Discovery crew, along with the help of some new friends, must work together to restore hope to the Federation.”

Are you a fan of the sci-fi series?

Somewhere, something incredible is waiting to be known.
—Dr. Carl Sagan

With these words hanging on the screen, the fan film Star Trek: First Frontier begins. It’s a fitting start, since the Star Trek franchise has always been about the wonder of discovery. And perhaps that’s why fan films like First Frontier are so pervasive. Trekkies love delving into new stories for Trek characters as much as those characters love exploring space.

This determination to boldly go where no story has gone before has bred countless indie creations. They run the gamut, from productions with at least as good VFX as you got in the original series (AVALON UNIVERSE)… to unique mashups (STAR TREK VS. BATMAN)… to the pretty bizarre yet likeable, such as an episode with musical numbers and the Easter Bunny (see ADVENTURES OF THE USS PARKVIEW: “The Bunny Incident”).

You can find a longer list to explore here, if you want to really go down the rabbit hole.

In many ways, Star Trek: First Frontier reminds us what makes fan films so much fun, especially in the Trek universe. It has ties to characters Robert and Sarah April, from “The Counter-Clock Incident,” an episode of Star Trek: The Animated Series, yet the story is unique. The Aprils were part of the USS Enterprise’s initial crew, the holy grail of origin stories.

First Frontier was funded entirely by its director, Kenneth Smith. As with any indie effort, some of the production quality is shaky, something Smith attributes in part due to funding issues related to COVID-19. Frankly, the production value on the Original Series is often shaky too, and we still love it, so this isn’t exactly a deal breaker. Smith also says he dropped in easter eggs for sci-fi fans to hunt for, so be on the lookout for them.

Right now, First Frontier has managed to avoid the studio lawyers that have plagued other fan creations. Even now, it’s possibly only a matter of time before the studio makes YouTube pull the film down. So you might want to watch it sooner rather than later.

Star Trek: Lower Decks got a lot of flak ahead of its release. Fans weren’t all that keen on the concept of an animated adult-oriented comedy series set in the actual Trek universe, feeling that it would make a mockery out of the franchise. It seems showrunner Mike McMahan – who previously worked on Rick & Morty, so he knows a thing or two about devoted fanbases – expected such a backlash, though, and he wasn’t surprised when it happened.

While speaking to Variety about his thoughts on fan complaints against Lower Decks, McMahan explained that viewers have had issues with practically every new show in the franchise ever since The Original Series, so he wasn’t bothered by any of the harsh words flung at his project before its release.

“I mean, fans are taking issue with every season of Star Trek that has come out since the original series, and they didn’t watch TOS until it was in syndication. If fans hadn’t taken issue with everything, I would have been blown away.”

To be fair to Lower Decks, it’s been able to win over a lot of people across its first season as it turned out to be a hugely loving homage to Trek history, as well as a good-natured spoof of the conventions and tropes of the franchise. McMahan and the rest of his team’s passion for Trek is clear in every episode, too, and that’s helped in getting a large chunk of the fandom on board.CBS Drops 15 New Photos For Star Trek: Lower Decks1 of 17

The EP went on to explain to Variety how he put a lot of work into nailing the tone of Lower Decks, as he felt the pressure of making a Trek parody that has to line up with the wider universe of the franchise.

“The thing that was scary to me was that you have stuff that works like Galaxy Quest and The Orville — they’re just not Star Trek, which is fine. They’re almost Star Trek. My challenge — this was my chance to get to make a Star Trek that I was proud of. And I really honestly felt like, listen, I’m going to do the best show that I can possibly do on a day-to-day basis, that really fulfills the joy and the sanctity that Star Trek has to me.”

One major way McMahan did this was to feature a ton of easter eggs and deep cut references to Trek in every episode. There were a few fan pleasing cameos, too – like John de Lancie turning up as Q and Jonathan Frakes and Marina Sirtis showing up as Riker and Deanna Troi in the season finale. More Next Generation stars are set to lend their voices in season 2 as well, which is already in production.